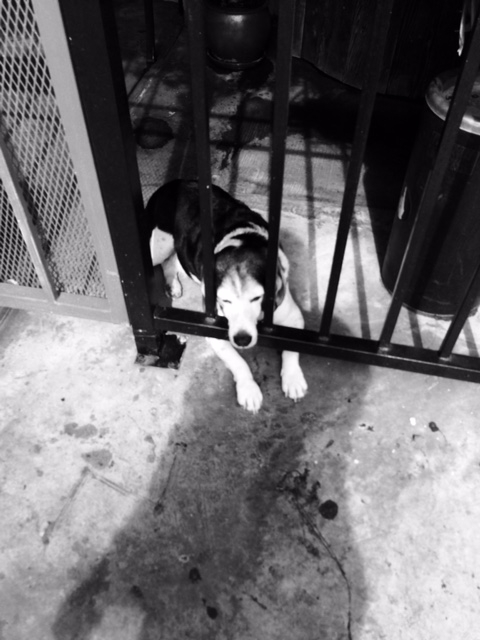 It is with heavy hearts that we wish to inform all of our friends, family, and visitors recent and past that the Museum Of Death’s longstanding and hardest working watchdog Buddy has passed as of last evening. The passing of natural causes was peaceful and he was amongst those that loved him the most.

For those that remember Buddy served as a roaming reminder that not everything within the Museum had met it’s untimely demise….yet. He provided a unique bit of moral support for anybody having a difficult time dealing with the somewhat sensitive subject matter(s) that were being encountered during their visit as only a friendly puppy can. He valiantly stood -or sat- within the threshold of our front door, legs splayed (much to the amusement of those who had to step over him) while keeping an eye out for any potential trouble occurring outside on Hollywood Boulevard. He never cared for the sound of skateboards much, and sometimes his baying beagle howl would echo down the street- those who were familiar knew that they were hearing Boulevard Buddy the Hound Of Hollywood doing his job.

He was very much a part of the Museum and never met a visitor whom he didn't like- as much as all of you and us loved him back. However, Life goes on! We should choose to fondly remember those who are no longer with us, and keep in mind the good times. Preserve their legacy and good times remembered as best we can. So with that said Buddy will eventually be returning to the Museum Of Death within 7 to 10 months time, and will be joining some other furry compatriots who are no longer with us as a forever lasting tribute to the happiness their time spent with us brought. 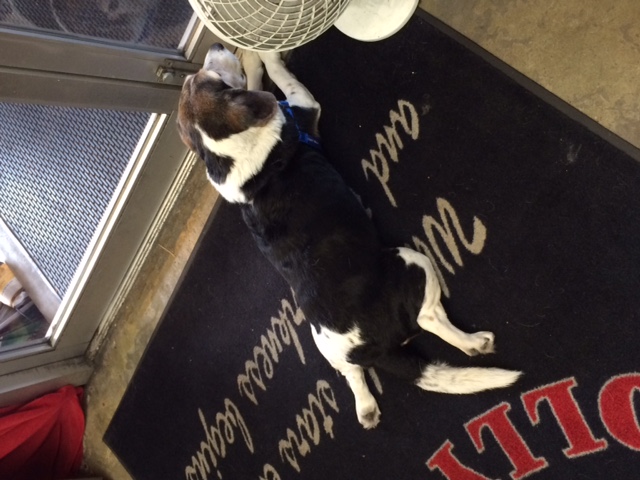